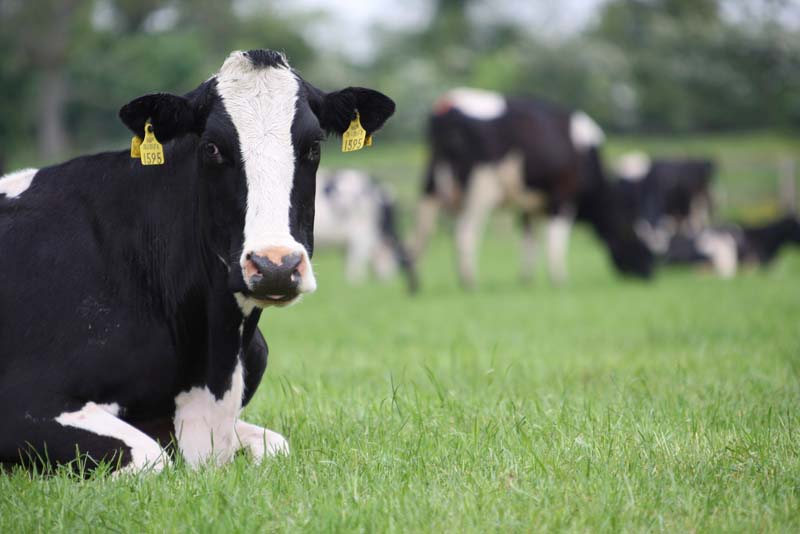 Lungworm infection can cause a severe and often fatal disease that is commonly called hoose or husk. The number of cases of lungworm infection has risen since the 1990s. The use of long-acting anthelmintics in cattle may prevent the development of natural immunity to lungworm. Bovilis Huskvac is the only vaccine for the active immunisation of cattle to reduce clinical signs and lesions of lungworm. It can be used with strategic anthelmintic dosing and appropriate pasture management to control lungworm.

The cost of an outbreak of lungworm is estimated at €111 per cow. This is due to severe loss in milk yield, poor fertility, treatment costs and worst of all, valuable animals die or may have to be culled.

Lungworm infestation is caused by exposure of naïve (previously unexposed) grazing animals to lungworm larvae on pasture. The lifecycle of the lungworm is about 4 weeks long i.e. from the ingestion of larvae to the excretion of infective larvae by the affected animal. In the worst case, within four weeks of ingesting lungworm larvae, the cow or calf can be shedding literally millions of fresh larvae onto the pasture. A faecal output of 1,850,000 larvae per day has been recorded!

The risk of disease depends on the level of challenge which in turn depends on a number of factors as follows:

Thanks to varying climates and cattle densities, some counties are more prone to infection than others. The farm’s history of lungworm outbreaks is a reliable indicator of the likely degree of future challenge

Rain can disperse larvae in contaminated faeces, while warm, moist conditions keep infective larvae alive and encourage fungal growth. Larvae often make use of the fungal spore of Pilobolus (found on cattle dung) to disperse themselves on pasture. Generally, conditions which favour the growth of pasture also favour development of the infective larval stage L3, which is why outbreaks peak in the late summer and early autumn. A dry season followed by a damp one has always encouraged outbreaks, as this creates a natural immunity gap. This entirely natural situation is one we are now mimicking through our long acting worming policies.

A growing trend is to graze dairy replacements on separate pasture, away from the main herd. Frequently these animals are subject to continuous worming, perhaps in both the first and second seasons. When the replacement group finally enters the main herd, they are completely naïve and an outbreak is highly likely. This situation contrasts strongly with beef suckler herds, where calves are commonly exposed to continuous low level challenge from cows that have immunity to lungworm.

Clinical signs mainly involve coughing. This can initially be evident only when animals are disturbed but progresses quickly to frequent coughing even in resting animals; death can occur if left untreated.

Diagnosis may be made on clinical grounds (signs of coughing, increased respiratory rate) and based on history, exposure status and seasonality. Lungworm larvae may be found in the faeces of infected cattle. Lungworm is most commonly seen from August to October.

The cost of an outbreak of lungworm is estimated at €111 per cow.